It feels incredibly presumptuous to put yourself forward to be selected as a prospective parliamentary. Everything I have achieved by campaigning has been the result of a team effort with many people contributing so I do not want to take sole credit. Nevertheless these are the reasons I think I should be selected to fight this next election:

I  was born in 1962 and grew up in Mitcham. I was the first person in my family to go to university. I qualified as a teacher in 1990 and started teaching at Gorringe Park Primary School. I have lived in the constituency with my husband, Karl for the last 27 years. I have 3 sons.

I led a successful parent campaign to improve school food in 2005 which resulted in me winning a Shelia Mckechnie award and Ed Balls appointing me as a trustee of the School Food Trust.

I was invited to give a short speech in 10 Downing St about our campaign.

I was shortlisted by Soil Association for “Food Hero” and runner up for South London Press “Teacher of the year” in 2006.

Why you should be the candidate for your preferred Constituency:

I have a high profile in Wimbledon as a community champion and a reputation for getting things done. I am recognised for the part I played in:

What do we need to do to win this election:

I’d start by building on the excellent work done by Cllr Andrew Judge in the last general election, when he increased the Labour vote by 3.8% and saw Labour move into second place. I would promise to constituents that I would not take on another job or directorship so that I could devote myself fully to the job in hand.

Although the turnout was high at 73% I would use the newly enlarged membership of our CLP to reach out to non-voters. The ten pledges give compelling reasons to vote Labour.

Making sure voters are aware of the funding crisis facing Merton’s schools as a result of the government’s policies and contrasting that with Labour’s commitment to education will be key.

I would highlight our current MP’s voting record – for example, voting against EU nationals right to remain in the UK and his lack of support for the Dubs amendment that shocked and distressed many Wimbledon residents.

I am a lifelong Labour voter but a relatively new Labour Party member. I am currently a delegate member for my ward. I am an active member, regularly attending meetings and taking part in party activities such as leafleting and running street stalls. I campaigned to get Sadiq Khan elected and to remain in the EU.

I have worked closely with a number of Labour MPs as part of my campaigning activities. I have spoken on a platform with Ed Miliband, who went on to refer me as a “remarkable woman” in a speech the following day. I have met Gordon Brown twice and was invited to give a short speech in Downing St on the power of grassroots campaigning. Ed Balls appointed me as a trustee of the school Food Trust. I have spoken at a Labour Party conference fringe event about child poverty.

Other life experience, including work and study:

I am a primary schoolteacher and play a leading role in developing music education in UK primary schools. I am a contributor to “Sing Up” – a national initiative set up to get schools singing – and have recently written the foreword to a new book for primary school teachers. I am helping music education charity Merton Music Foundation to develop relationships with local businesses. I teach a course to PGCE students at Roehampton University. I am an active member of the National Union of Teachers and have established a union choir that meets weekly.

I am a trustee of Jamie Oliver’s newest charity, The Child Health Trust, which is trialling a sugar tax levy

I am an avid reader. I like running and completed the London Marathon in 2000 for the British Heart Foundation on the tenth anniversary of my heart surgery. I am learning to play the piano and am planning to take my grade 2 exam soon.

What makes you a great campaigner:

I have a proven track record. In Merton I have led and won campaigns to

I set up Merton Welcomes Refugees, a network of local people and organisations to offer support to refugees.

I have won a national award for campaigning and am frequently asked to speak about my experiences as a grassroots campaigner.

Give some examples of your communication skills:

I have acted as a media spokesperson for Merton Parents for Better Food in School, the School Food Trust and the Children’s Food Campaign. This has entailed being interviewed and taking part in debates on The Today programme, BBC News, Sky News and breakfast TV programmes. I’ve also been a regular contributor to The Jeremy Vine Show to comment on parenting and education stories.

The Guardian asked me to be a “Comment is Free” contributor.

I was asked to contribute an article for Spiked Online and during my work for the Children’s Food Campaign I regularly wrote press releases which often led to favourable coverage.

Describe the particular skills you have which will help you as an elected representative (for example, in problem solving):

I am good at breaking down problems into a series of small steps and am then agile and creative about how to overcome obstacles.

I don’t give up easily. I am patient enough to persevere even when situations look overwhelmingly negative.

I am able to draw people out and drill down so I can understand what is at the heart of their concerns. Listening carefully to what people are ACTUALLY saying and not what you THINK they are saying is vital if you are going to help them.

Using the expertise in the room

Rather than micro managing, I am good at giving people the opportunity to contribute their enthusiasms and specialities. This helps share ownership and is far more effective than a  purely “top down” approach

During my campaign to save Morden Park Playing Fields I was able to bring together very different groups. I organised a protest picnic which saw members of the local mosque come along and meet for the first time some elderly residents who had previously had been opposed to the building of the mosque. This event played a small part in improving community cohesion

2. Being part of the solution

I am proud of turning Merton Parents for Better Food in Schools from being a protest group to becoming a trusted partner with the local authority to solve the challenge of improving school dinners. After putting down our placards I was able to persuade parents to lend their professional expertise to the local authority, including nutritionists, professional caterers, legal experts and hospitality workers.

With my campaign to support refugees I have been able to work with people from across the political spectrum. Similarly I worked with former Conservative MP Zac Goldsmith on school food issues and Conservative MP Justin Tomlinson to expand cookery lessons in school. 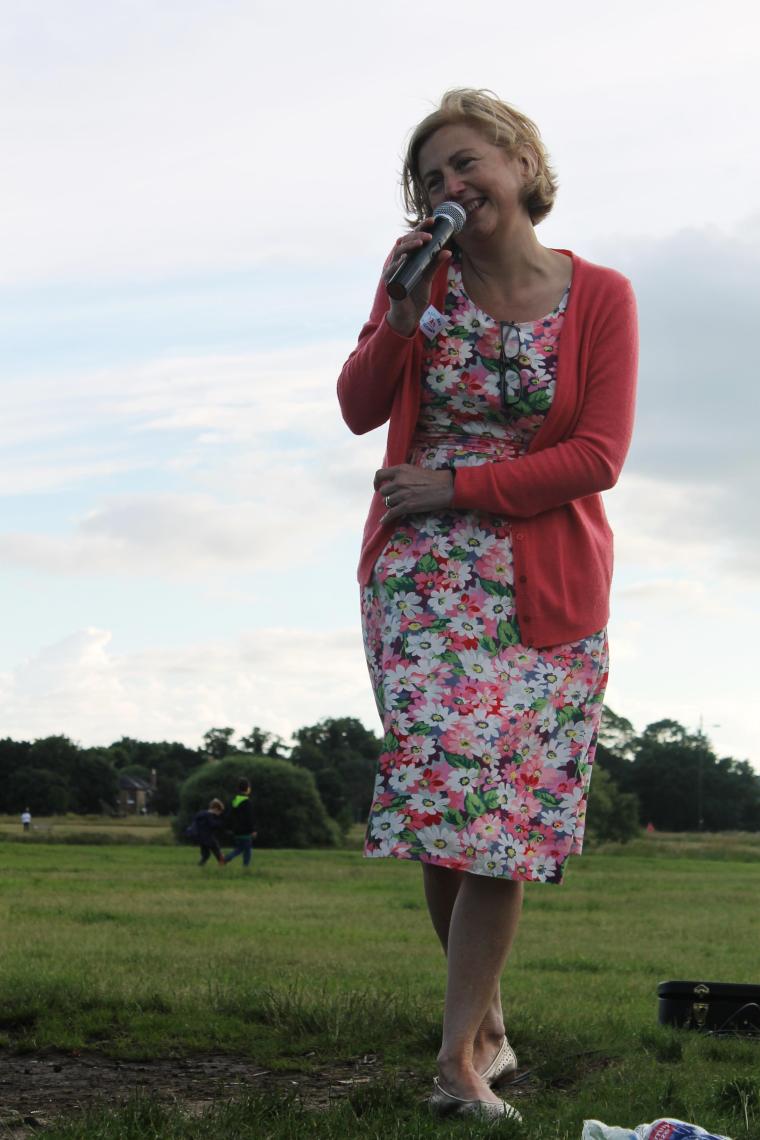 I have had the opportunity to learn from other campaigners. I participate in the eCampaigning Forum, a community of 2,500 international campaigners. I went to the eCF conference in 2009 where I learned first hand from the campaigners who devised and implemented Barack Obama’s social media strategy.

One thought on “Pick me!”